Time Out for – Materialism and Sounds!

Breaking tradition by not burying the lead – I splurged and bought the Dr. Dre Beats Tour in-ear headphones and I am quite pleased.

I believe I have mentioned that I tend to live in headphones while in the US.  For about 15 years I bought $20 Koss over the ear studio style cans and loved them.  The sound was decent, they were comfortable, they had a nice long cord with in-line volume control, and when I eventually broke them (about once or twice a year), they were not too expensive to replace.

This became problematic once I got the iPhone.  I did not want to have to carry multiple devices, or multiple headphones (and I cannot hold a phone to my face – I just can’t do it), so I started trying out in-ear phones with in-line mic and controls.  I have no idea if the standard Apple buds sound good or not because they will not stay in my ears for more than 3 seconds.  I got some Skull Candy Full Metal Jackets (FMJ) and I loved them.  They were super comfortable.  The braided cord inspired confidence in terms of longevity and lack of tangles.  The sound was very good as well – over a wide range of musical styles.  I let my dad try them and he also really liked them.

I gave him my pair before he left for a business trip and I got a new pair.  Without doing anything strange or pulling on the cord – one of the speakers was dead inside of 4 days.  When my dad got back from his trip, one of his speakers was dead also.  We got them both replaced and had the same problem inside of a week.  I then tried the 50/50s and got the Smokin’ Buds for my dad.  The 50/50s lasted about 3 weeks before one speaker went dead.  Just like the FMJs, the fit was nice and the sound was good, but they broke.

My dad’s Smokin’ Buds lasted about 5 weeks, and they were much less comfortable than the others.  They also did not sound as good.

I found a pair of Body Glove buds that sounded decent and were in between Smokin Buds and FMJs in terms of comfort – but the cord is weird.  It is much shorter on one side than the other which causes a lot of strange tension and pulling.

Then I found some really decent Sony’s.  Good comfort, decent price (about 30 bucks), reasonable sound.  I gave the Body Gloves to my dad.

I have been through 3 sets of the Sony’s – one I gave to my dad (he lost the Body Gloves), one broke when I stepped on them, and one I still have as a back-up set.

I decided to try something else and jump up a quality class because while the Sony’s are decent – they do not seem designed to handle a wide range of music. They have no low-end at all.  I am not a bass-a-holic, though I do listen to The Rap Music. But you do not have to listen to rap to both need low-end and miss it when it is absent.  I noticed the problem with the Sony’s while in Mexico listening to some of my favorite Cuban music.  Some of the low-end is bass and bass style traditional stringed instruments, and some is simply deep tones from hand-drums.  Similar problems arose listening to ‘Kind of Blue’, some of my Indian chant/mantra tunes, and even Gymnopedies 1-3.  (This is not the version I have but the closest I could find in terms of feel and tempo – though the tone is not as rich as the recording I use.)  On the lowest volume setting possible, the low tones were starting to make the speakers rattle in that “we will die if you keep this up” kinda way.  (I leave my EQ flat.)

After reading tons of reviews, and some in-store talks, I decided to give Dre a shot, partially because I really love the sound and comfort of the Beats Studio Cans.  (They are cheaper at apple – and to me the sound and comfort kicked the crap out of the V-Moda Crossfades – and I ain’t tryin’ no mo Skull Candy.)  I also still like Monster cables and most of my problems have involved crappy cables.  I was concerned about the negative side of the reviews of the Tours that reference the longer style of the buds and difficulty many people have with the fit and comfort.  But Apple gives you 2 weeks to return no questions asked, so I decided to check it out.

* The new Bose in-ears get high marks from everyone on sound and comfort.  I love Bose, but I decided not to try those because they are not “noise isolating”.  Part of the point of all of this for me is to build my own little cone of mobile privacy and silence.  So models that advertise that you can still hear your surroundings are not for me.*

I loved the sound right away.  I started with the standard medium tips.  I have tried every tip for every ear bud I have purchased and it is always the middle one that works best for me.  On the second day, I tried the rest of the tips, finally trying the smallest set.

The smallest set is the answer for me.  Reading the manual and learning the little trick to how to properly seat these in your ears to get a good seal also helped quite a lot.  (Online download version – despite all the crap in the case and a partial manual, the full instructions on how to put these beasts in your ears were not included.)

On about the 4th day, when I had the buds out of my ears, my ears were a little itchy.  I was conflicted because I was really enjoying the phones and they were comfortable while on, just uncomfortable when not on – oddly enough.  Since I had 2 weeks, I decided to stick with it, and try the Bose if that weird feeling did not go away.  The manual does say that there is a break-in period and that seems to be true.

After about 6 days, my ears felt normal and great with the buds in or out, and they sound even better now than they did before.

I have been trying to both be careful and use them normally.  So far, no problems.  I wear them on my dog walks through the streets and in the woods.  There is no ‘cord noise’ as you move.  Because of the way they make a seal over your ear canal, I can sorta hear/feel my footsteps in my head.  That has lessened over time as well.  I don’t know if it is getting better, or if I am getting used to it and just filtering it out.

Because of how they do fit in your ear, and the bud build design, they are definitely not for everyone, but if you need new ear buds with iPhone compatibility and in-line mic that treat your music right, and you are ready to drop some coin, and you can get them from a place with an ironclad trial period, check these out! 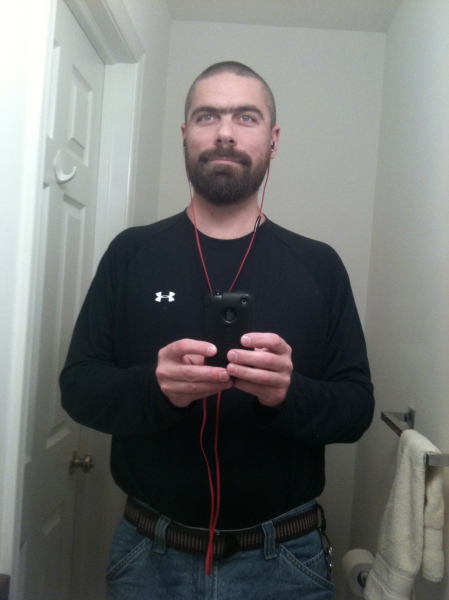 * They may not work with all iPhone cases.  I am an Otter Box guy, and they do work with the Otter Box – provisionally.  Because of the design of the plug, you would only be able to have the cord extending out towards the back of the phone.  This may not mesh with how you use the phone clip and/or slip it into your pocket, bag, etc.  The flap that plugs the audio input hole on my Otter Box broke off many months ago so I have the option to have the cord extend to the front of the phone – which happens to mesh perfectly with how I use the clip and fit the phone in my pocket.  You would not be able to turn the cord to the side left or right with an Otter Box.  If you roll without a case, or use a much less substantial case, this may not impact your situation.  Also – I am on the iPhone 3GS – I don’t know how this would play out with an iPhone 4.

This entry was posted on Saturday, January 22nd, 2011 at 8:39 pm and is filed under Music, Tech. You can follow any responses to this entry through the RSS 2.0 feed. You can leave a response, or trackback from your own site.

4 Responses to Time Out for – Materialism and Sounds!